‹ ›
0.5 km from centre - Chiang Mai (Thai Motorcycle Tours.com Co. Ltd)
Duration: 11 Days
From: Phitsanulok
To: Sukhothai
Languages: English, Thai
Scale: 1 - 2 people
Tour size: 20
Categories: Cultural Gems Special Events Families / Friends
Transportation: CB 500 CB 350 Versys 650 CB 500x V-Strom 650 (and 1000)
This relatively modern event started in the 1950’s and is staged over three days, it includes a variety of shows displaying the physical prowess and skill of these intelligent and majestic animals. Often lucky enough for this and Loy Krathong together
Loy Krathong is a significant festival occurring every year in Thailand; and in surrounding countries. Everyone celebrates it on the evening of the full moon of the 12th month in the traditional Thai lunar calendar. On this night, everyone goes to the closest river, lake, beach or even swimming pool to release a floating offering, and wish for good luck in the year to come. Loy Krathong is meant to thank and apologise the water goddess as well as for good luck, thanking her for using her water to grow the crops and support all life year-round. It’s also a way to say sorry for making the water dirty. As a token of gratefulness and apologies, a small decorated round raft usually made of a banana tree trunk slice or bread decorated with flowers, nicely folded banana leaves, a candle and three incense sticks on top.The Krathong is then floated in the water and taken away by the stream. Couples release one Krathong each, hoping they will drift away together, a sign of everlasting love. The wind often blows out the candles though. In the old days, people also trim their nails and put a bit of hair in the Krathong, wishing that it will take the bad luck and illness away. More often than not we're in Chiang Mai for this wonderful, spiritual event, but just occasionally we're able to make it to the country's largest venue, Sukhothai, absolutely jaw-dropping!! The Surin Elephant Roundup is a cultural festival held every year in Surin, Northeast Thailand. The festival has its origins in the ancient royal hunts which were conducted in the province around the time when the Roman Empire was collapsing. Where there were once a vast wild elephant population in the Kingdom estimated at the beginning of the 20th century to be in excess of 300,000 with a further 100,000 domesticated elephants, today there are as few as 3,000 – 3,700 wild elephants and a total captive population of 3,500 – 4,000.

Surin, the northeastern province is very well known to both Thai people and international tourists as “the Land of Elephants.” It has been presenting the Elephant Round-Up for more than 50 years. Now, as an internationally recognized event, Elephant Round-Up begins with a wonderful elephant parade through the streets, and the famous “elephant breakfast”. After that, the shows also include elephant talent competitions, demonstration of the various techniques used to capture and train elephants, a presentation of ancient elephant warfare techniques, a series of shows displaying the strength and skill of the animals. 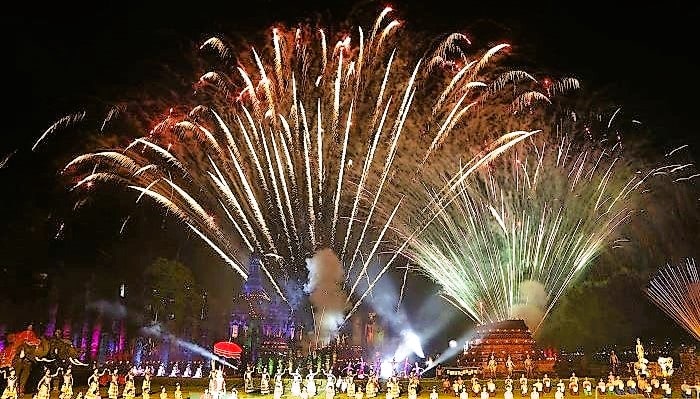 Surin
SurinHerd of Elephants
You couldn't paint that
From / per person